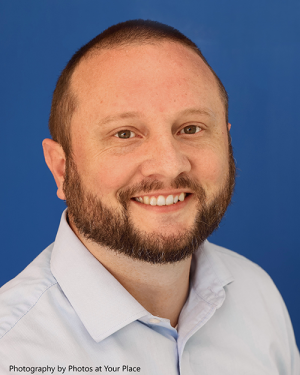 Thomas Giella, Jr. was born and raised in Dade City, Florida. After earning his Associate in Science degree and a certificate in AutoCAD Foundations, a degree he used immediately after graduating, he later returned to PHSC earning an Associate in Arts degree. Giella continued his education to earn a bachelor’s degree in management from St. Leo University in 2012.

In 2014, he started his own company, now named Complete IT Service and Solutions, Inc. Located in Wesley Chapel, the company now employs six full-time staff and serves clients in Florida as well as across the country in New York, Chicago, and as far as Washington State. Complete IT was born out of the Smart Start Incubator with Pasco County Economic Development. The company received the honor of Incubator of the Year in 2017 and in 2018 was nominated for Small Business of the Year in the Technology category from the North Tampa Bay Chamber of Commerce.

During the past year, Giella was forced to adapt to the pandemic and his company founded Diverge Lasers, an international company that distributes laser cutters. They assisted clients with meeting the demand for Personal Protective Equipment (PPE) to fight COVID-19. The company has sponsored scholarships for local students and provides in-kind donations of server space and other equipment for the local PTA and elementary schools. They are members of the North Tampa Bay Chamber and the Bay Area Apartment Association. Giella is optimistic, anticipating and adapting to the changing economy to provide future growth for his companies, while also giving back to the community.