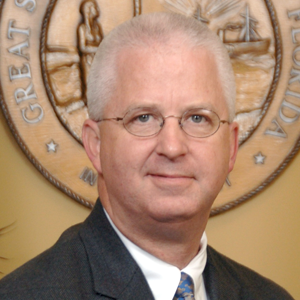 Florida’s Secretary of State fell in love with the elections process during a high school summer internship at the Pasco County Supervisor of Elections office. At 22, Kurt Browning was elected Pasco County’s supervisor of elections, the youngest supervisor in Florida. He would spend the next 26 years serving in that role maintaining “good, clean elections with accurate results.” In 2006, Governor Charlie Christ appointed Browning Florida’s Secretary of State. One of the responsibilities of that cabinet position is to be chief of elections for the state. In 2011, Governor Rick Scott reappointed Browning to the position. And, in 2012 Browning retired from his post for a spot on the November ticket to be elected Pasco County superintendent of schools. Browning was the recipient of the PHCC Distinguished Alumni Award in 2010.