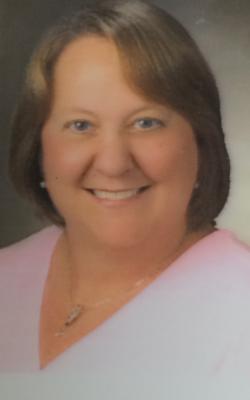 After going through a divorce, Becky Young found herself as a single parent with a 2-year-old to raise. Young was working as a legal secretary but knew this was the time to follow her call to the healthcare field. In preparation for that, Young enrolled in PHSC and worked toward her AA degree. She was fortunate to have a strong circle of support to help her with child care and was able to graduate with honors in 1984, after working full time and taking classes at night. Young was not sure what healthcare options were available, besides nursing, so she went to the hospital and spoke with the Human Resources staff who introduced her to the Respiratory Therapy Manager. He allowed her the opportunity to shadow the therapists and she soon knew what direction she would be taking. Young applied for and was accepted to the Respiratory Programs at Valencia Community College in Orlando and St. Petersburg Community College. In June of 1984, Young was offered a job in RT at the hospital and started school in Orlando a few months later.  She commuted to Orlando for school 5 days a week while working full time and being a single mom. Young graduated with honors in 1986 and achieved her Registry in 1987. A few years ago, Young returned to school and completed her Bachelors degree in Respiratory Therapy through Boise State University, graduating Magna Cum Laude in 2011. Young became involved with the American Lung Association and offered lung education programs in the community and at the hospital. She was elected to the Board of Directors and is now a Board Member of the American Lung Association of the Southwest. She serves as the only non-physician member of the planning committee for the Pulmonary Wintercourse Pulmonary conference which is held in Orlando every February. Young also chairs the annual Pulmonary Care Symposium for Respiratory Therapists and Nurses held by the American Lung Association each spring. Each year, Young returns to PHSC to serve as a guest lecturer to nursing students at the North Campus.  Young became a Kiwanian last year and has recently been elected Treasurer.  Previously, Young was a Rotarian in both Brooksville and Inverness, where she worked. A recent program was about the Guardian Ad Litem program and this is the next direction Young plans to take in service to the community. Having been a foster parent in the past, Young understands the critical need for these advocates in the foster child's life. Young hopes to complete the necessary training and requirements within the next few months. As a past Weeki Wachee Springs State Park mermaid, Young joins a group of women once a month who were mermaids in the 1950s, 60s, 70s, and 80s, and they perform at Weeki Wachee Springs State Park.  This group also offers Mermaid Camps to women over the age of 30 during the warmer months. Young's daughter is a also proud graduate of PHSC.